One of the liveliest parts of the city, which is actually the heart of commerce; is located in the historical part of Tehran very close to Golestan Palace, a UNESCO world heritage.

Visitors have the chance to enjoy watching the architectural style of the old Iranian bazaars. You can see the similar ones in cities like Shiraz, Ardabil, Tabriz, and many other cities in Iran. It is good to know that the bazaar in Tabriz is one of the oldest in the Middle East, the largest covered one, and a UNESCO world heritage.

Its structure dates back to the Safavid era; however, much of it was built later during the Qajar dynasty. This bazaar has several entrances; the main one is Sabze-Meydan.

Tourists may walk through the corridors which are lined by variety of shops selling all types of goods. People can seek both wholesale and retail here.

Where to eat in Grand Bazaar?

We advise tourists not to leave the place until they have tried the delicious Iranian foods in the restaurants which are famous in serving good food. Moslem restaurant is a place you don’t want to miss. There is usually a long line of people waiting outside the restaurant, but it doesn’t take too much time to get in. The food quality is great and the price is very reasonable considering the huge portion of food they serve. However, if you don’t like a very crowded place, it is not for you.

There are some other good restaurants like Gol Rezaieh, Sharaf-ol Eslami, and Oudlajan Dizi Sara.Also, be sure to drink tea in the smallest teahouse in the world called Haj Ali Darvish Tea House.Hotels and hostels are also available if you happen to be willing to spend a night in Grand Bazaar of Tehran.

How to get to Tehran Grand Bazaar?

As it is located in a very busy area, the best and most efficient way is to take metro and stop at Panzdah-khordad station (red line) which is the closest station to the bazaar.

Want to join the discussion?
Feel free to contribute! 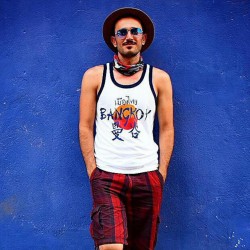 Review us on Tripadvisor